I am the daughter of a singer.

My father would sing at the drop of a fall leaf. He had a voice that everyone loved. He sang at church. He sang at Kiwanis Club meetings. He sang around the campfire at our cabin.

But I don’t remember him singing at home.

I grew up singing before I could talk. According to family legend, I sang in my crib. I sang in my sandbox (sandboxes were for children then). I sang myself to sleep.

And then I stopped.

I don’t know when or why but I stopped singing at home.

I still sang in the church children’s choir but that was all.  And I wanted to be old enough to sing in the adult choir. With my dad. But I had to get to high school first. And when I did I felt like I was part of the real world.

Fast forward several lifetimes…I started going to a church just to sing. That led to singing with a women’s performance choir.

It was fun but there was no sense of belonging for me. I could take it or leave it.

Then my daughter introduced me to the San Luis Obispo Vocal Arts Ensemble. I knew I had to sing with them. The desire was so strong that I moved my legal practice (and my spouse!) to San Luis Obispo County. (OK, there were other reasons as well, but this was the underlying one.)

I was terrified. I had no formal training. I hadn’t sung with a classical group. I COULD read music, so that was a plus. The terror came from having to sing a solo song, a cappella, to the director.

Give that a little thought. This guy has more talent in his little finger than I have in my entire being. He knows music. He eats, drinks, and sleeps music. He knows a lot of songs. What do I sing? It has to make my voice sound really good and it has to be something short so I don’t forget the words.

Rewind. A year or so before the audition, I had gone to a Holly Near concert. Her voice was way above my range (and my abilities) but she sang a song that was MY song. It rang in my ears and in my soul. It touched who I had been and who I had become.

And when she finished she said, “I love to sing. It is like, well, and internal massage.”

I sang Mountain Song at my audition. 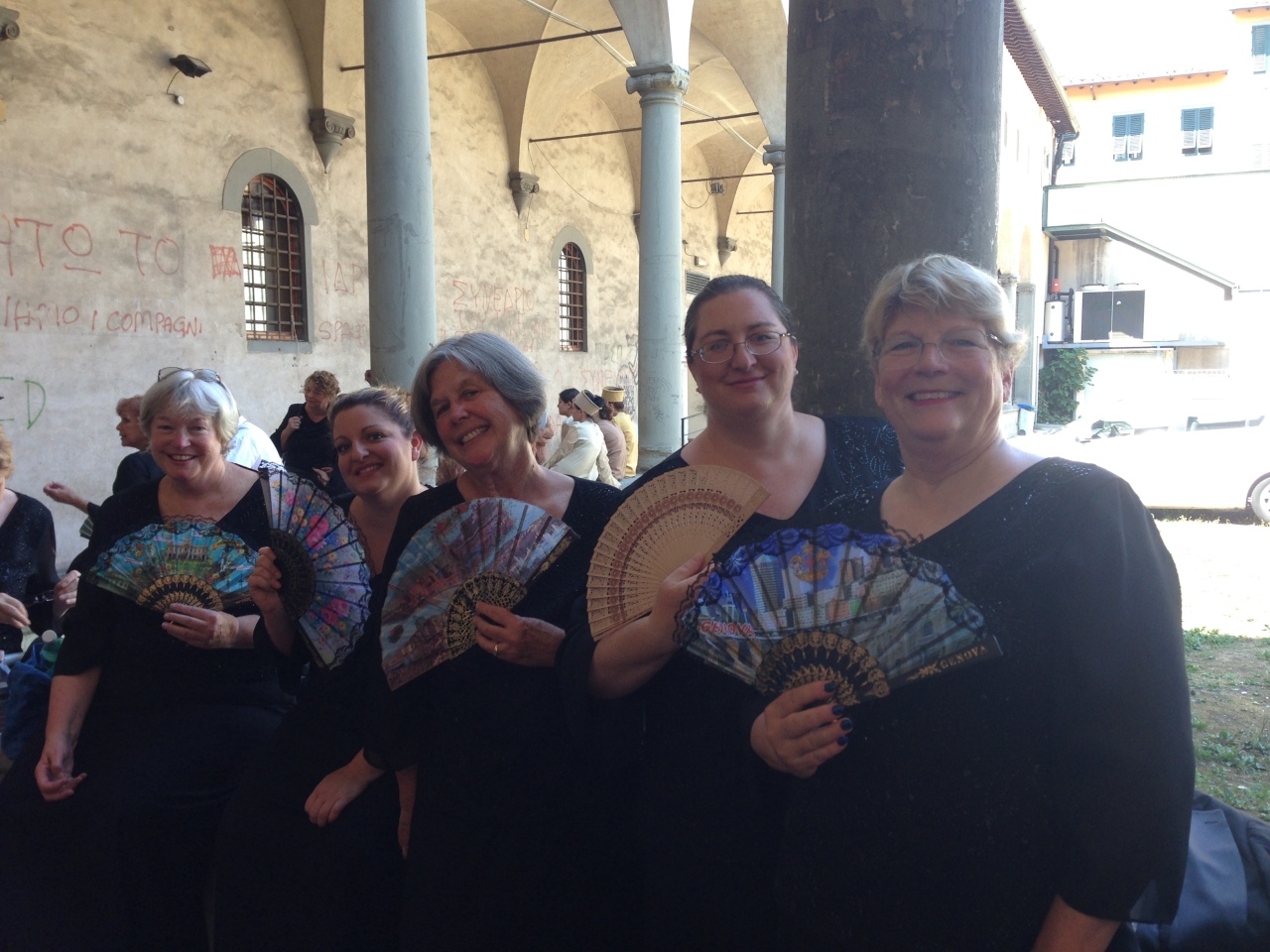 For twelve years I have had the joy and privilege of singing with a group that is family. A group where I belong.

For twelve years, on Tueday nights and at every VAE concert, I get that internal massage. It centers me. It calms me. It helps to make me whole.