If This is Sunday, It Must be Spain…Ronda 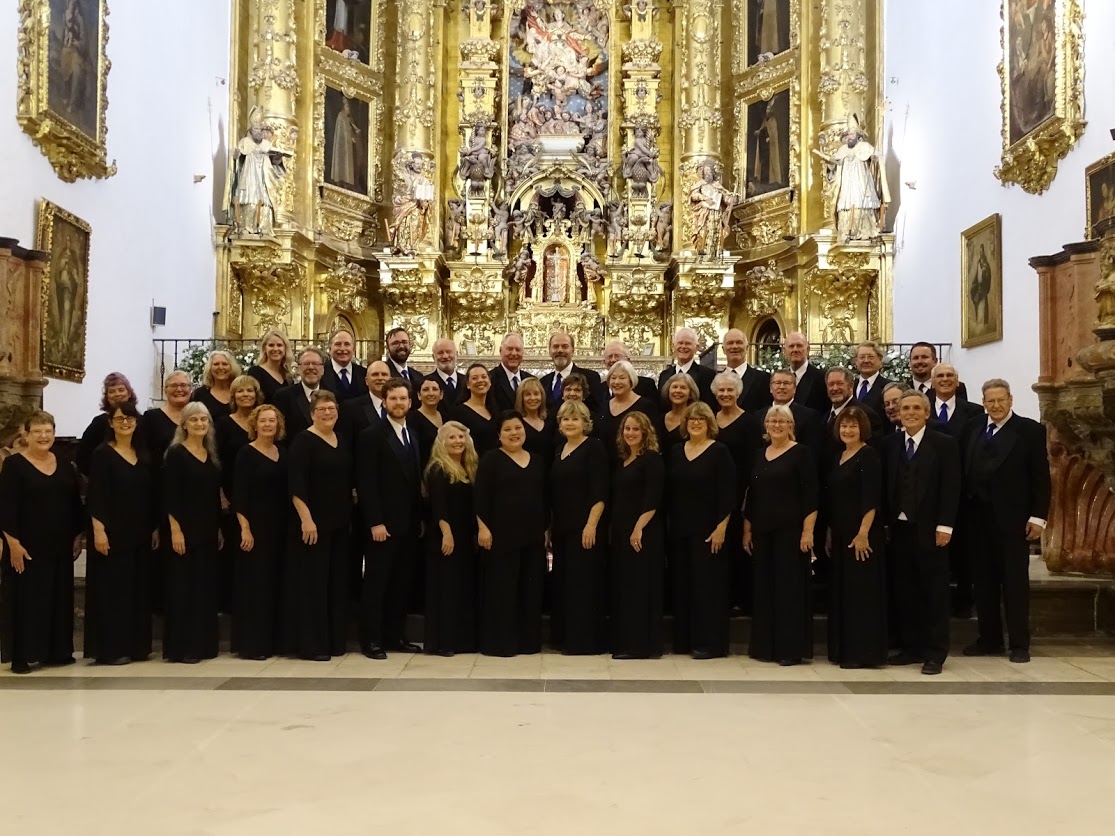 After a ten hour flight to Heathrow and a two hour flight to Malaga we got on a bus and were driven for 2+ hours, in the rain, through some rugged country. We think it was rugged. It was dark and wet. We were already tired and hungry and a little crabby.

Just imagine, for half a second, 53 people on a bus up winding roads after eating aeronautic food. Don’t imagine for too long. It is scary.

We arrived in Ronda, Spain after all but one restaurant had closed. But that restaurant treated us like royalty! Abades Ronda Restaurante kept it kitchen open for us! Several of us found our way there after stuffing our suitcases in our assigned rooms (think of the logistics of getting 53 people into a hotel at one time. Yikes!)

The dinner was our introduction to tapas and Spanish fare. It was wonderful. I don’t remember what I ate but I ate all of it. So did everyone else.

The walk to this place took us past the oldest bullring in Spain. (or so we were told). While I am not a fan of the “sport”, I can appreciate its history.

It rained the following morning. But, intrepid traveler that I am, sights needed to be seen. I took the pictures with my phone because I didn’t think to bring a waterproof covering for the camera.

It wouldn’t have mattered. The wind and rain were heavy most of the morning. The farthest we got was to the famous bridge of Ronda. 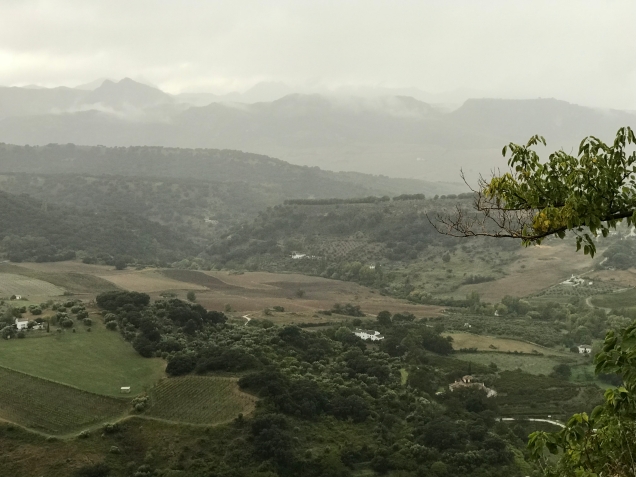 Umbrellas were being turned inside out by a very strong wind. Standing on the bridge was scary. Walking around caused very wet shoes and socks. That caused us, after a short break in our room, to hunt out shoes stores. Waterproof footwear was a must at this point!

The town of Ronda was charming. We ate lunch in a small restaurant conversing in our best Spanish and their best English. A group from France was at the next table and was trying to get some mustard. The word in French does not translate well into Spanish. But my daughter, having minored in French in college, understood the word. She whipped out her phone, used that trusty app called Google Translate and assisted in the three-way (well, four-way if you include the app!) translation. The French got their mustard and we had a great time.

That evening we headed to the Santa Maria la Mayor Cathedral for our first concert. Our first look at the architecture that was influenced by the Moors.

The house was nearly full. Given that the night was very wet, we were surprised at how large the audience was. And we were stunned at their appreciation of our music. It was the first of many double standing ovations we were to get in the coming week. 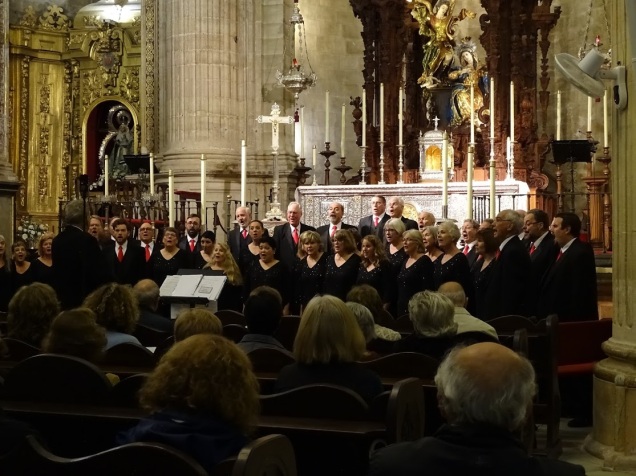 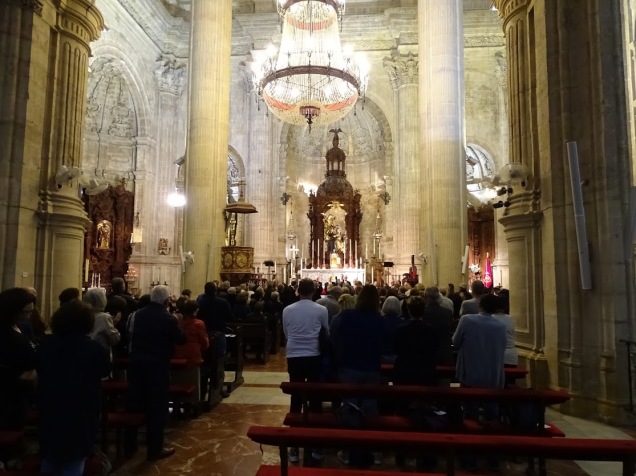 It took us a long time to exit after the concert. People stayed to let us know how much they appreciated our coming and our music. It was a very humbling experience.

Our beds felt so good that night.

Morning had us heading for Granada.

As we left, I wished that I could have stayed another day in this beautiful place. It is a good thing that we didn’t. The next day, Ronda was suffered severe flooding. Our hotel was damaged and two people lost their lives. My heart is still with those warm and wonderful people.