It was not a decent hour. The sun had barely made its appearance. It was cold. When I picked up a tennis ball it was frozen.

Now, I attempted at that moment, to explain that the ball might not bounce, that its texture might not be very soft. I offered to wait until a more propitious time. I even added that I had only slippers on my feet. I begged to be able to find them.

It was no use. Four wet brown eyes stared at me. Actually, now that I think about it, there were two eyes looking at me and a bouncing brown and white furball making a track around me at lightening speed. There is no reasoning with a Cocker Spaniel that wants to chase a tennis ball.

I opened the gate at the deck and George and Gracie ran/slid down the stairs to the lizard tree. Gracie has to look. She must inspect. There might be a lizard there. (Frozen I would think but she has to check.)

I open the gate to the dog run and THERE THEY WENT! Running at full speed next to each other. Feathers and ears flying. If it wasn’t for the spraying sand, I would have thought they were flying.

I threw the two tennis balls with the chuckit toy as hard as I could. The balls hit the ground with a crack. The sand was one sheet of ice. The balls skittered here and there with streaks of brown and black and white twisting to follow the ricocheting paths.

I had to laugh.

My breath spread in frozen droplets in front of my face. I stood in the bottom of the dog run on crystals of icy sand. In my slippers.

I faced North in a small sunny spot and felt the warmth on my back. My feet were giving me very different signals. The dogs were hiding in their favorite spot of sagebrush/chemise where I could not see them. 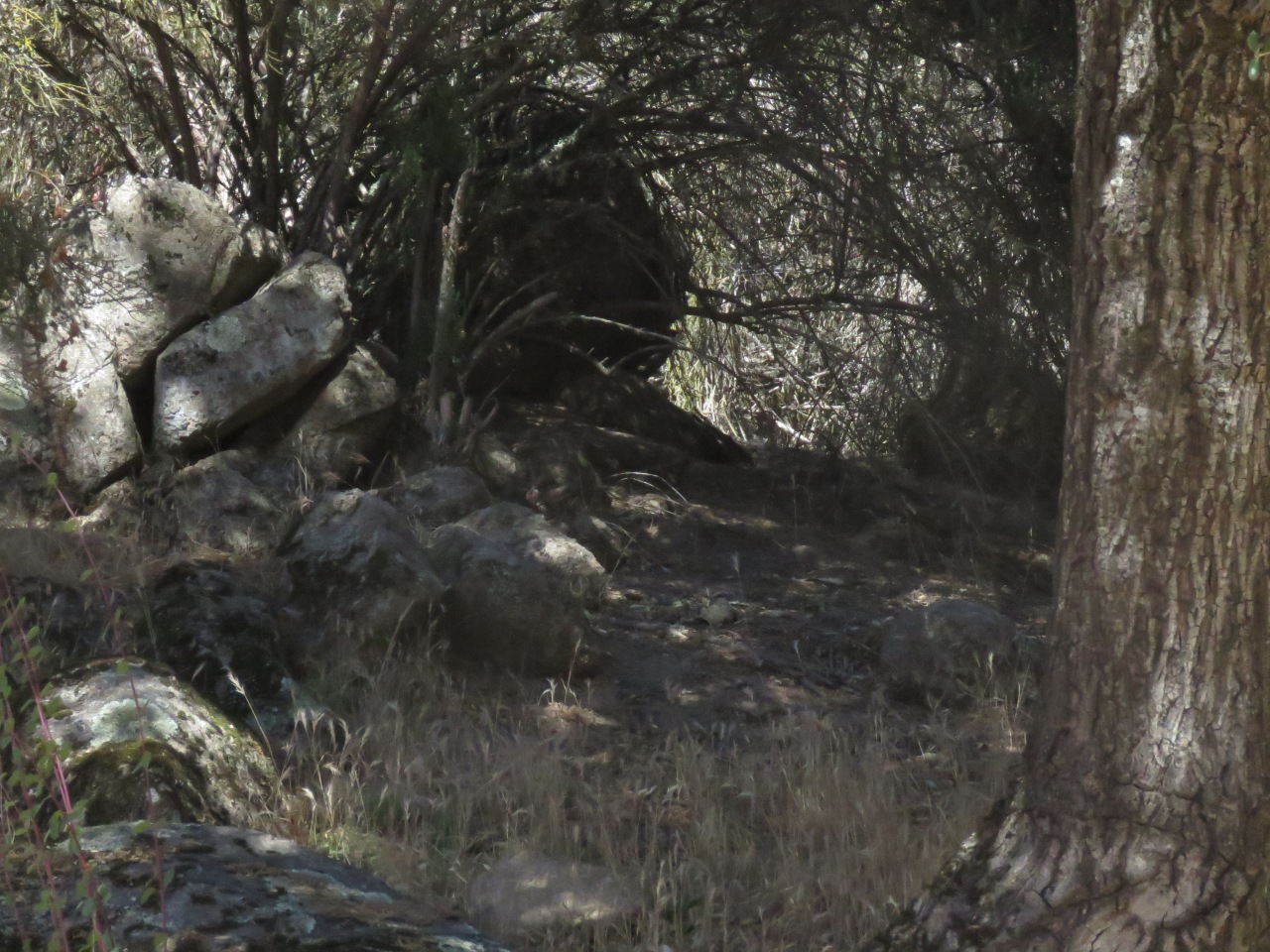 Even in winter, I cannot see them. There is a fence back there and the quail enjoy the life on the other side of that divide. George and Gracie like to say “hi”. Neither of them dig, especially in cold, wet ground. For water dogs, they do not like damp or wet. Rain is a real issue with them.

George and Gracie finally came out, sniffed at a few of the THOUSANDS of acorns that covered their run, then brought me the tennis balls. Gracie drops hers on the way to me and George, being the gentleman, held his up for me to grab.

To the dismay of both of the hooligans, I turned to the gate and began to run. Dogs followed. “What’s up?” is probably their thought.

I answer. “My feet are frozen! You should have waited for me to find my shoes!”

We ran all the way up to the back door.

They never knew that playtime was over.