The forecast was for heavy rain. Well, for this part of this earth, that is. Comparatively, to the rest of the earth.

It is generally dry here. It is called “high desert” because it is high, and it is dry. Generally.

A forecast of 5 inches of rain in 4-5 days can be catastrophic here. The land doesn’t absorb it well, there are few natural run-off areas. That results in flooded roads, washed out dirt roads (like mine), land movement (as in landslides) and other such wonders.

The expectation was a “sky river” where one storm follows another in rapid succession. It calls for preparation. Candles, flashlights, extra fire wood, blankets and a plan to extract from the premises.

The rain began last night. It sounded heavy at times. Mostly, it sounded light, just barely knocking the acorns off the oak trees. It was conducive to sleep. Certainly not worthy of raising out of a warm bed to check on the state of things.

The morning warned of rain but delivery was sporadic. The smell of a clean world surrounded the house. The dogs lay on the deck and soaked in a little sunshine. They chased the tennis balls several times. Their naps were interrupted only by that rude FedEx truck. It was an amazing lazy day.

The sun was shining and clouds were white, high and billowing. The puddles from the events of the night were quickly receding. 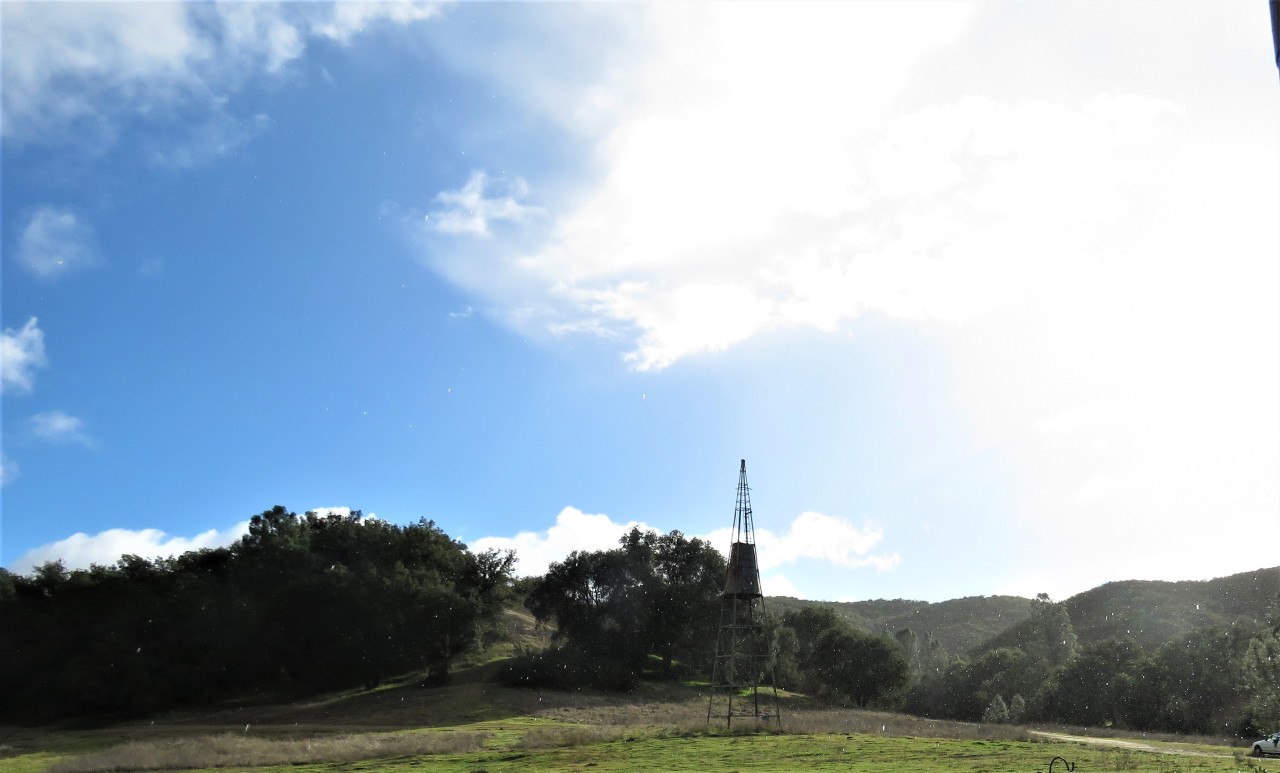 Well, they were because the sun was shining. They weren’t because that lovely white billowy cloud overhead had a nervous breakdown and started to cry. Big, plopping, crocodile tears.

That is what was really happening.

The dogs were rather upset that their latest tennis match was delayed by, of all things, rain on a sunny day.