It has stood for 95 years. Made of studs and pine board. It was erected on the edge of a ridge, overlooking the Tule River canyon. It was built by my great-grandparents, Owen and Barbara Flynn.

Originally it had one room and a deck. The deck was a multipurpose room with beds for sleeping and table sets for eating. The term “table sets” is a tad misleading. In 1923 they were rough hewed logs held together by six inch iron nails. But my great-grandmother, so she told me, always had a tablecloth and napkins to go with the plates and silverware. Some of that silverware is still in use.

Dinner usually came from the Tule River. Late afternoon through early evening was the best time to catch a fish or two.  And the men would head down the canyon to try their luck and feed the family. The river was and is the life blood of the place called Camp Nelson. It provides water, food, entertainment and solace. The sound of that river put many people to sleep after a day of hiking and an evening of fishing, cards and campfires.

There was also the obligatory swim. The summers are hot and the area is dusty. The way to cool off is to walk down to the swimming hole. That place consists of a natural cascade, a deep pool (suitable for jumping into the water- and, no, you can’t dive!), and a dam built by humans. The water comes from high in the Sierra Nevada and was freezing. But, as kids, in we jumped anyway.

Sometimes we just sat and watched the water, the lady bugs, or the sky. The shade, the water, the moss and the giant redwoods created a spot of complete serenity. 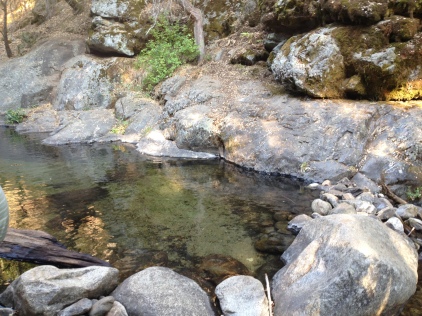 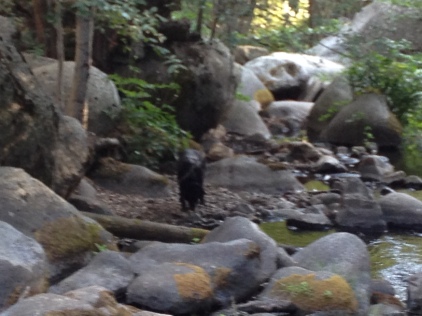 It was also a great fishing hole. There were places where the wise fisher-person could hide from the all seeing fish, thus having a better chance of snagging dinner. That was the reason that mothers insisted that the kids (and anyone else swimming there) wear tennis shoes in the water.

The Cabin is bigger now. Its alterations began almost at once when a bedroom, a sort of lean-to attached to the main room, was added. That also brought an INDOOR bathroom! In the sixties a real bedroom and modern bathroom replaced the rickety attachments. The six foot, claw-footed, porcelain bathtub, hauled up the mountain in 1923, was saved and remains a wonderful place to soak in warm water!

Lately, a real, live, completely operational modern kitchen was added. The deck was been expanded. One can still sleep there on a bed that has been there longer than anyone can remember. 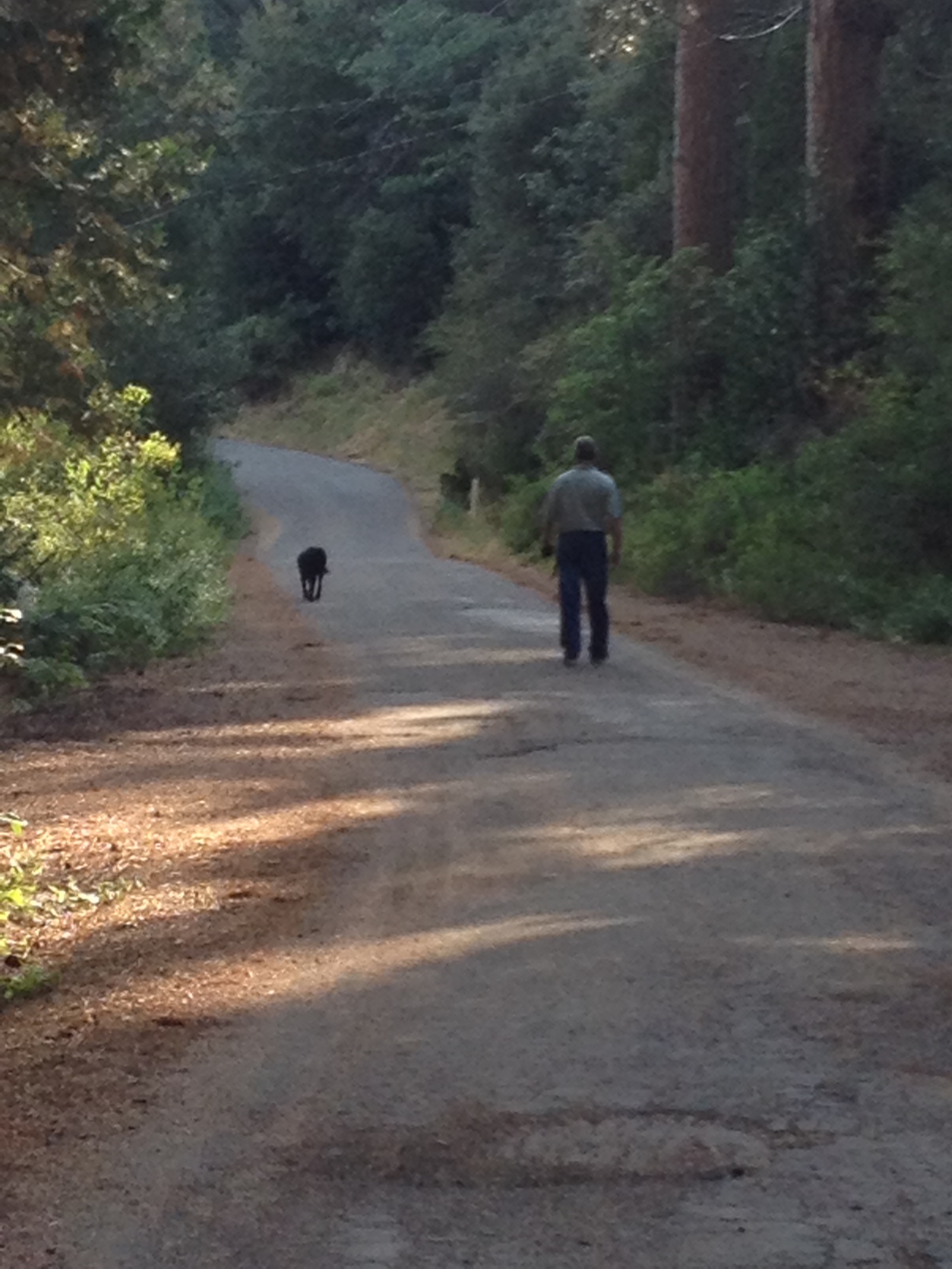 Days are still spent in the hammock, on the deck, hiking to the Giant Sequoias, or walking to the river to swim or fish. There are card games and board games and old books. Being bored at the cabin is hard to do.

In five years the cabin will celebrate its hundredth birthday. I think we ought to celebrate that.