The Fun We Had

Any exploration travel requires a few “experts”. Folk who can point out and explain the importance or purpose of the things you came to see. This is especially true when one attempts to see and understand Antarctica.

We had the world’s BEST expedition crew. Bright, knowledgeable, personable and semi-nuts. Sometimes not so semi…

And, I thought, I had my favorites. Until I saw this picture and I realized that they were all my favorites. Everyone of them had backgrounds in ecology, botany, biology, marine science. Some specialized in ornithology,  cytology,  marine mammalogy. There was even an agrostologist! (study of grasses–who knew???) AND a storyteller. A real, live storyteller.

No matter where you were, there was someone near who could answer any question you had. There were occasional times when conferences were held to determine what sub-species was being viewed. Was that a Royal Albatross or a Wandering Albatross.? Why is that penguin stealing rocks from another penquin’s nest? What species is that red breasted penguin? (remember, krill is red–the answer is ‘a dirty penguin’!)

They went out in the mornings and found landing sites. They created trails for us to follow (and follow them you must–we were treading on landscapes that other called their home!) They put us in and pulled us out of Zodiacs. They shared their knowledge and their enthusiasm.

And in the daily recap, if we were lucky, Ingrid Nixon would tell us a story. A story about Antarctica. A story that gave the history of this harsh world a human life. I always wanted to say, “Just one more story, please?” Like a little kid that did not want to go to sleep. Except I didn’t want to wake up from her stories. I wanted to stay in them. Relive them. Be a part of them.

We were, thankfully, lucky to hear Ingrid very often. Thank you for telling and teaching us so very much.

If any of them were driving a Zodiak, you could be assured of seeing things that few others have seen. 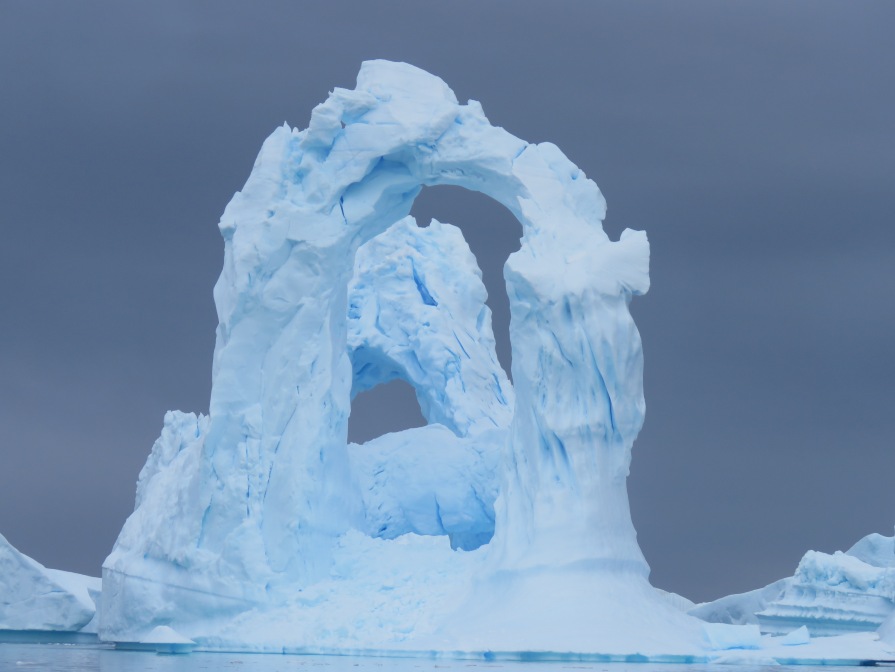 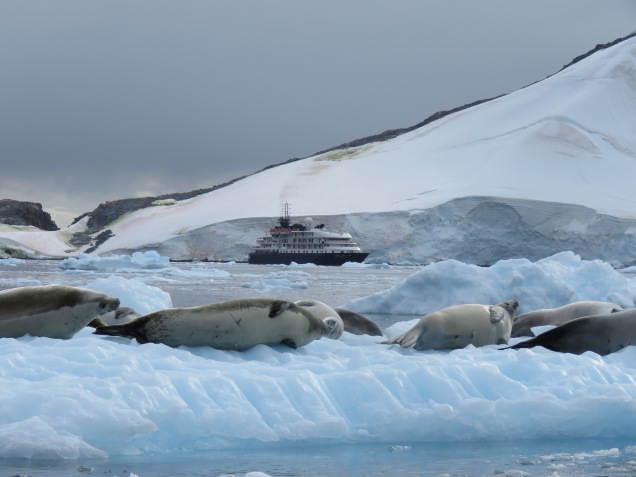 Did I mention that these folk were a bit nuts?

There is the polar plunge: 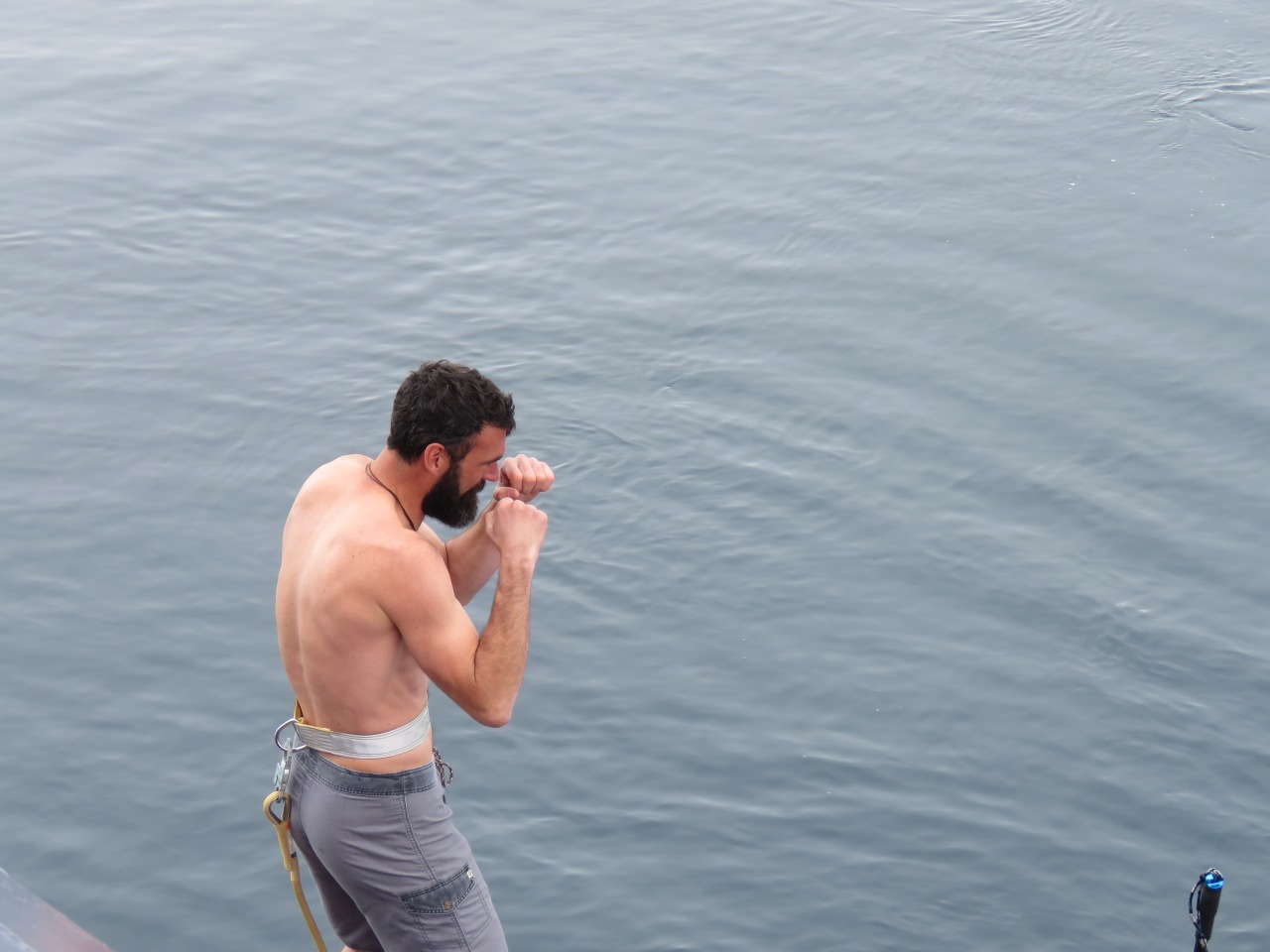 Liars’ Club night saw the selected crew making us cry with laughter. Then stumping a very large portion of the passengers. It was scary to think that few, if any of us, could tell who was lying!

The final show of total insanity was when the crew helped us sing a little ditty. Remember the rule that nothing is left on Antarctica? With the help of  Sally Gall, a musical lyricist, we were serenaded with this:

Nope. They can’t sing. But they sure were a lot of fun.

Thank you all for the trip of a lifetime!