Wet Stuff from the SKY!!!

California. The Land of Fruits and Nuts.

My guess is that the phrase started somewhere in the ’60’s. Haight-Ashbury and all that.

The funny part is that this is where a LOT of fruits and nuts are grown. (Not ignoring all the vegetables and flowers and trees and animals, et.al., just trying to stay on point.)

All that growing needs water. And there has been very little of that commodity in the last 5-7 years. The California drought is a real thing. California has large aquifers that are fed annually not just by rain but by snow from the Sierra Nevada mountains. That source has been sorely lacking and the aquifers have been drained.  People and corporations that do our farming were drilling thousands of feet down to get what was left in the aquifers. Those of us on private wells rationed ourselves.

Californians tore out their lawns and put in “desert landscapes”–rock gardens, succulents, cacti and the like. Or just plain dirt with a little bark mulch to keep the dust down.

It didn’t take long to create a new and exciting addition to our “backyard”.  We dug some small channels to get the water to the little drainage creek and we thought we would be fine.

But it kept raining. Even the dogs were depressed by the weather. 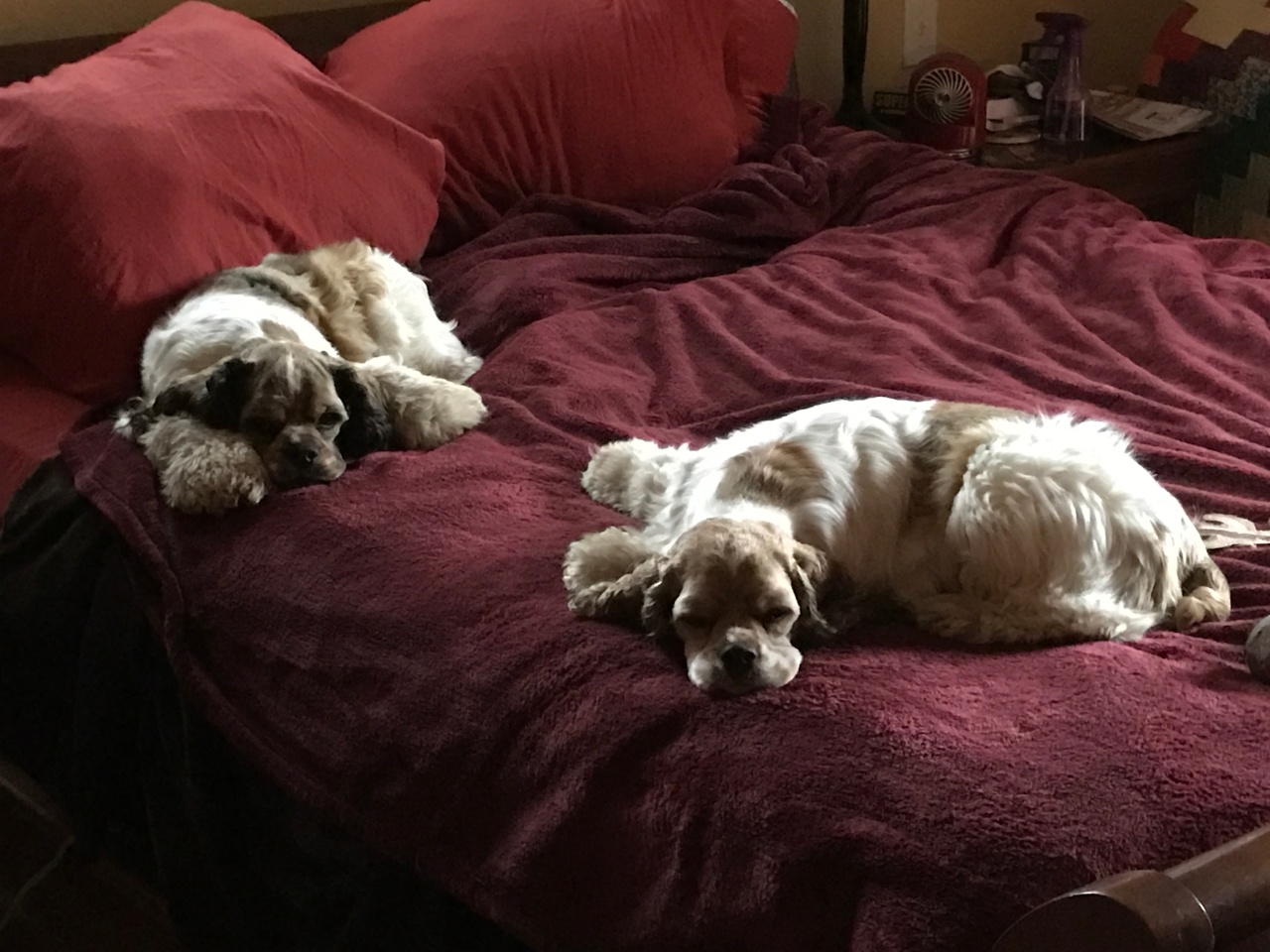 By the way, these Cocker Spaniels don’t like rain!

But the rain kept coming and Lake Mueller finally took over our future dog run. The drainage creek had swollen to the point that we were worried about contamination to our well.

Lake Mueller and drainage creek (well head on the right)

It stopped raining in February and the water receded. We were high and dry for another year.

Then California began to burn.

All the growth from the drought ending rain was just fuel for fires everywhere. One of those fires came to within 1/4 mile of our home. (that is a story better told on its own)

But no rain, no moisture. Nothing to stop the devastation of thousands of acres and hundreds of homes.

We started to curtail our water usage again. No small loads in the dish or clothes washers. Turning off taps immediately. Reduced watering of plants.

This January we got a drop or two here and there. Rarely more than .02 inches.

Then came the atmospheric river.

It has been raining for three days. We have received over 8 inches of rain since March 1.

It is a great relief to see the wet stuff from the sky. It means the well is happy. It means that the birds and rabbits and squirrels will have food. And it means the farmers and ranchers have one less worry (for the short term).

But that wet stuff has its down side. Mudslides from areas denuded by fire, road washouts, flooding are all part of a large rain storm here. (I won’t go into the fact that Southern and Central Californians don’t know how to drive in wet stuff.)

But I am talking about my “backyard”. 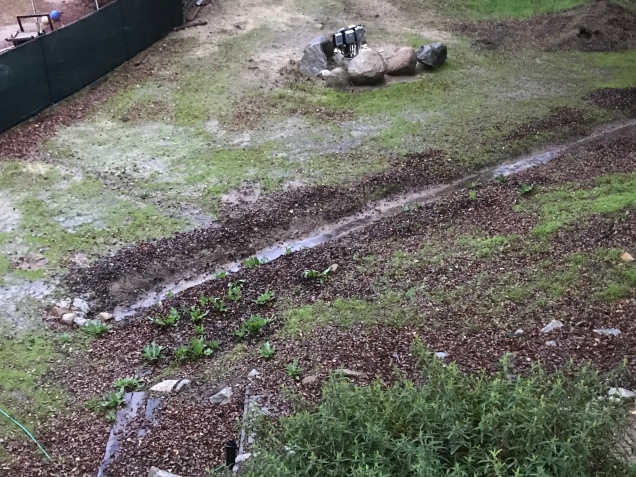