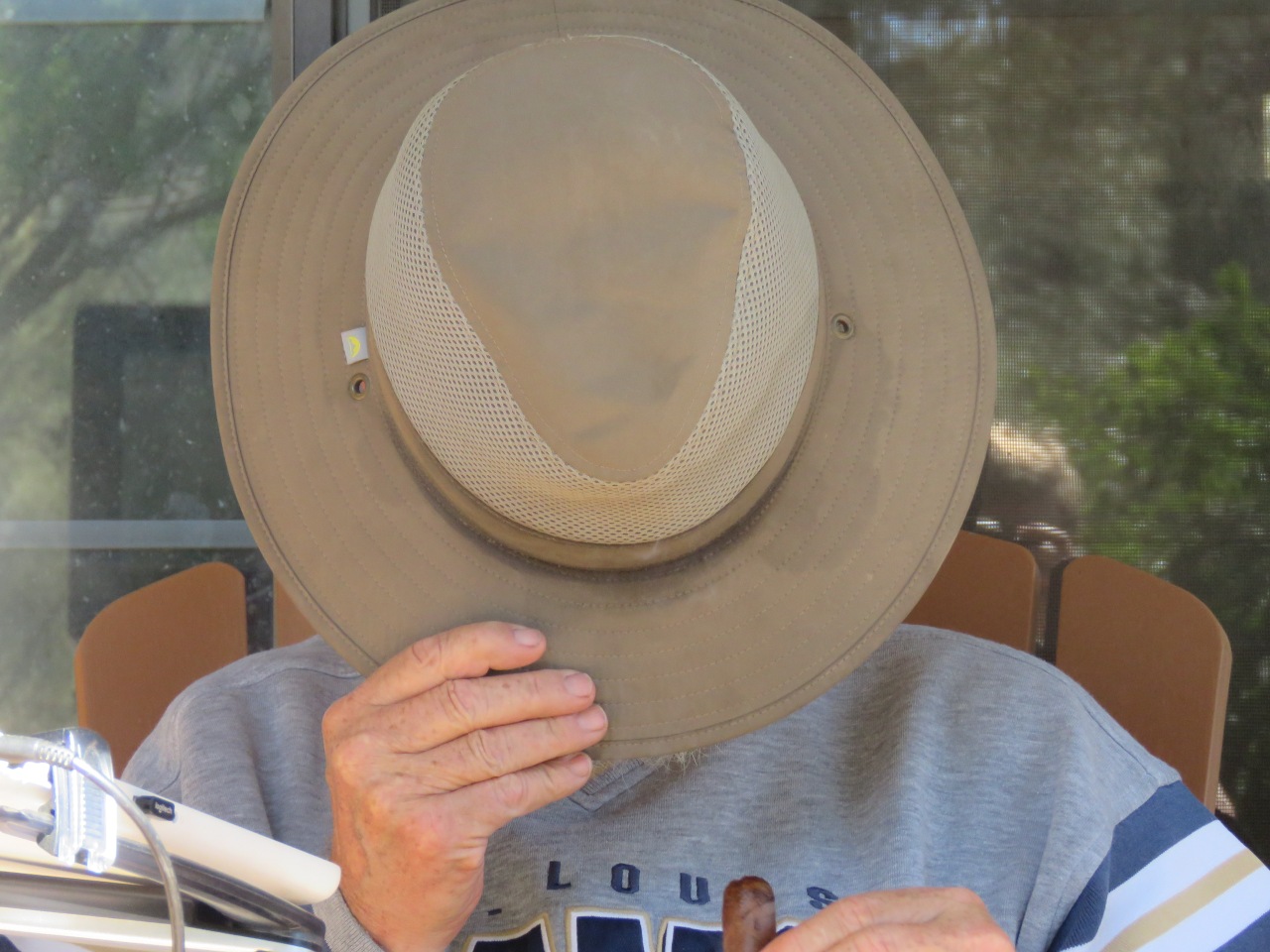 That is the Alleged Mel. So nicknamed by my brother, Daniel because whenever Daniel called our house, only I would answer. Dan said that since he never talked to Mel on the phone he had no evidence that he resided with me. Therefore, he was alleged.

Today, while the Alleged Mel relaxed on the porch with his cigar, I puttered.

I discovered that spring had really sprung in our little corner of the world.

First, the California Poppies were going nuts in our front yard. There was even a surviving iris! 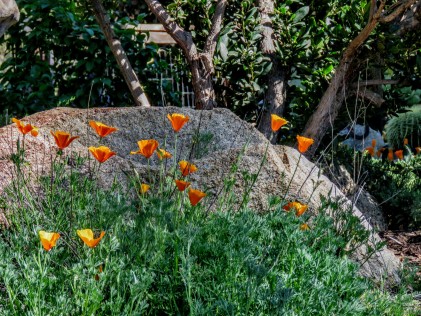 But the true sign was quietly covering our means of transportation. Look close. That is not dust or dirt. And the truck is bright red, not yellow.

It is pollen. Lots and lots of pollen.

There is no question as to why I am sneezing today.

However, the sunshine and the lizard population brought great joy to the pups.

First, there was a lot of running to catch the dratted tennis ball. That caused much tongue lolling.

That is George (above) and Gracie (below).

After a short interlude on the porch, Gracie went lizard hunting. A busy, busy enterprise that has never gotten any results. But she keeps doing it.

As long as the sun is shining and the lizards are out, Gracie will be on the hunt. 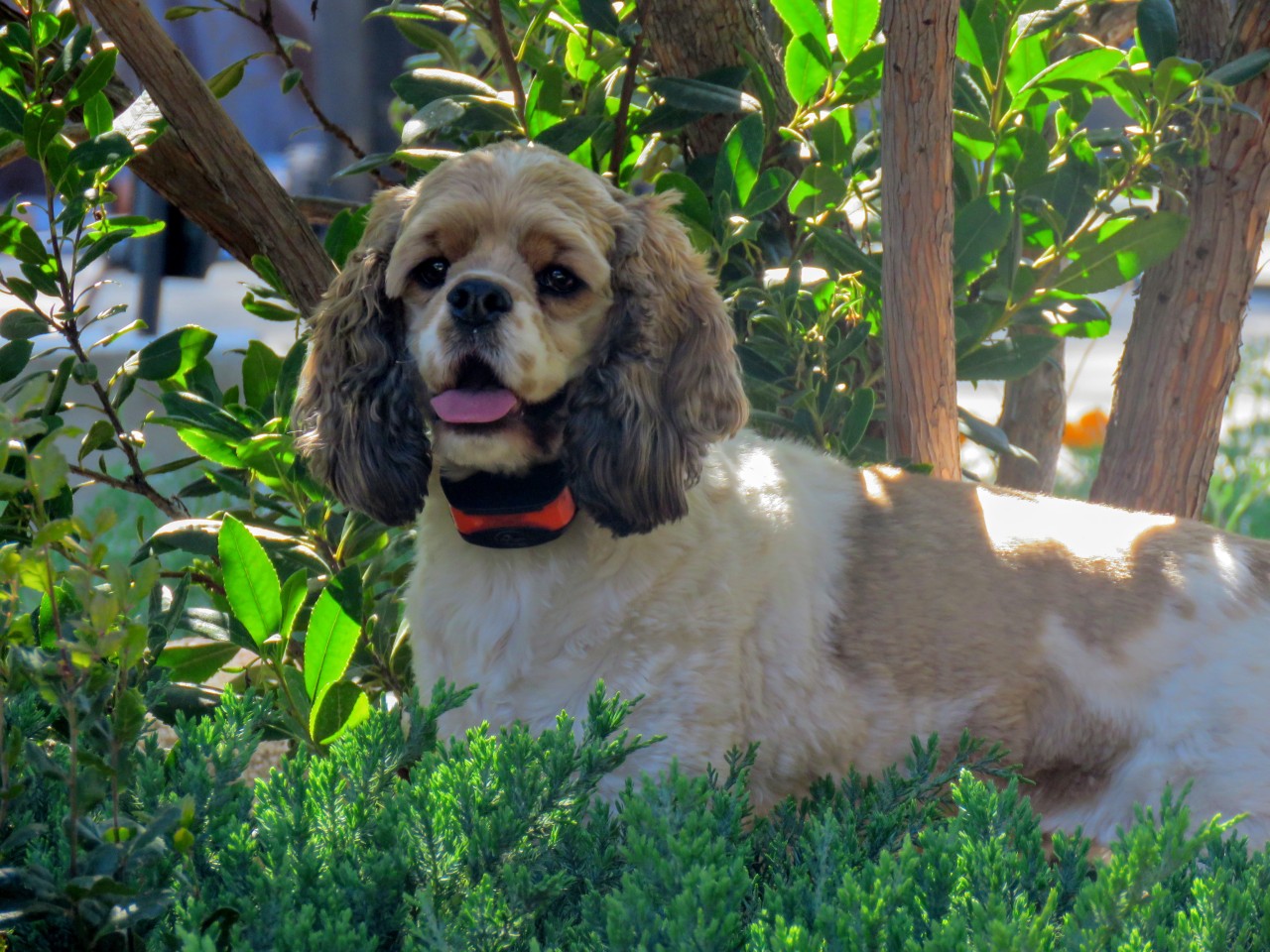 George is very disdainful of lizard hunting. He prefers to wait for the next round of tennis ball. He will NOT raise his head for a picture.

I think he is camera shy.

Today was a puttering day. A lot of camera play was involved.

I may do the same thing tomorrow.