Long ago, in a different life, I thought I was fat.  Well, misshapen is probably a better description of my then view of my physical plant.  My legs were too skinny, my belly to fat, my backside nonexistent, my feet to small. 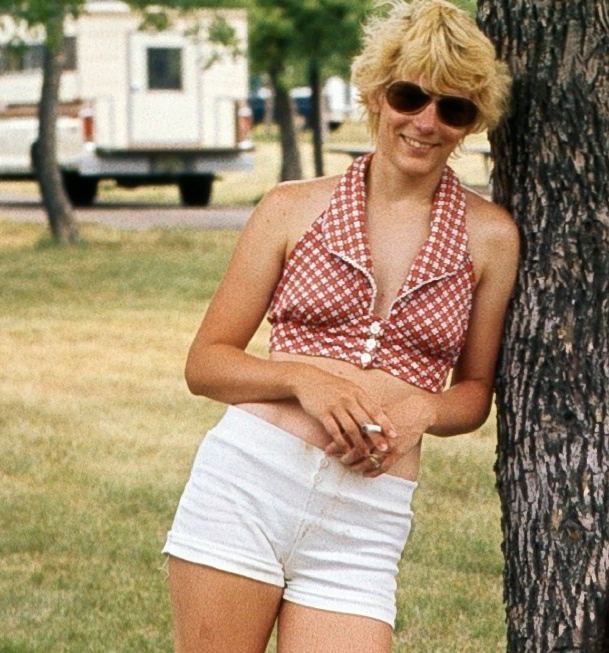 If my child looked like that I would say three things:

My image of myself was not good.

But I got a lot better. I remained thin because I was active. I played a lot of volleyball, softball and basketball. I liked to run. I didn’t have a sweet tooth. There were no computers to sit down in front of and television was limited.

Above all, there were very few fast food places. It didn’t hurt that I barely knew how to cook so whatever I made for the family I had to eat. That really lowered the amount of food that went into my mouth.

And then I went to law school. They had a cafeteria that was WONDERFUL. At least to me. I began to eat more. Especially as I studied. To this day I joke that my daughter was raised on potato chips and Pepsi!

That began my move to a sedentary life style. I sat to study, I sat in classrooms, I sat. I occasionally played volleyball (ah, I remember Penguins in Bondage fondly) Once I began working as an attorney even the volleyball left the scene.

Alcohol joined the menu in greater quantity, food was a delivered pizza. We even got Christmas cards from the delivery person! The weight began to creep up.

I complained about it as I ate my pizza.

I had been in private practice for some years traveling some 140 miles 2 to 3 times a week between offices. I slept less than 4 hours a night. I was handling extremely difficult cases.The stress levels were off the charts. And the food intake was usually Sonic Burger, Pizza, Taco Bell or some roadside burger joint. I ate as I drove. And I was back to smoking 4 packs of cigarettes a day. (Yup, I still smoked)

It only took a few years of that self-abuse for me to quit smoking and then to retire.

Once I stopped frantically moving, I sat. And I ate. And I played  mindless computer games. And the weight really got out of hand.

When my friend Leigh asked me to go on a cruise with her, I jumped at the chance. What I hadn’t realized was that I was no longer a jock but an overweight, over 60 woman who couldn’t walk 100 yards without running out of breath. I was on medication for “depression” (doctors put me on them to help me stop smoking but forgot to tell me how addictive they were), high blood pressure and endocrine issues. I was a less than ideal travel companion.

But Leigh got me to walk the hills of little Mediterranean towns. I found that I could do it and that I liked it.

I came home and started running. I used an app that had me run for 20-30 seconds then walk, then run, then walk. Each day the time was increased. I carefully weaned myself off the anti-depressants.

I was doing some great running when my knees advised me that I was in my 60’s.

That meant I had to swim. I joined a local gym that had a pool thinking that was the only benefit I would use. But I wasn’t losing enough weight.

I signed up for a “boot camp” class. Silly me. Thinking I could do pushups and crunches and squats and heaven knows what else for 45 minutes twice a week.

It turns out that I have quite the affinity for endorphins.

The weight has slowly and carefully lowered. My blood pressure is getting to a normal range and my asthma is better.

And somewhere in this aged transformation, I have learned to cook. Healthy meals with VEGETABLES (like green stuff–did you know that brussel sprout can be tasty?)

As I look back I remember complaining about my weight to a friend of mine. She had just lost weight and I asked her how she did it. (The question that usually ended in an answer that I could dismiss or ignore as impractical/unhealthy/too expensive) She looked me in the eye and said, “Move more, eat less”.

It took me a while but that is exactly what I am doing.

(By the way, it is no longer about how I look. It is about how I feel. Love those endorphins!)