At the time it just seemed like another glorious day in the Antarctica. When we were wakened for breakfast we knew to get busy. Every day, so far, had been packed with excursions and lectures and more excursions and lots of food. It was just another amazing day.

But that day, 198 years before, was the day that Edward Bransfield sighted the Antarctica Continent. It turned out to be a very special day.

On the morning of January 30, 2018, we grabbed a Zodiak and toured the area. It was cold and foggy. There was no horizon.

Bruce and Jill in full protection from the cold

Gentoo penguins out for a swim in waters that go on forever.

But the penguins were swimming and playing. Bruce Hampton captured some in mid-flight.

It was on that day that we saw an “ice cave”. The colors of the Antarctica are, for probably good scientific reasons, more brilliant and more surreal than anywhere else on Earth. And the “cave” was a perfect example of that phenomenon.

Try to imagine the feelings of the men on that voyage, so many years ago, when no one had seen what they just saw. What would anyone feel at that time and place? It was hard to put myself there. The sights that I was seeing were overwhelming. There were no words left to describe the ice or the water or the penguins or the seals. It was time to just absorb.

Our landing that day was at Station Brown . It is an active research station which we did not enter. Instead, we were encouraged took a hike. And it is one I will never forget.

On that day of celebration for Antarctica Explorers, our intrepid crew made sure we had a keepsake. 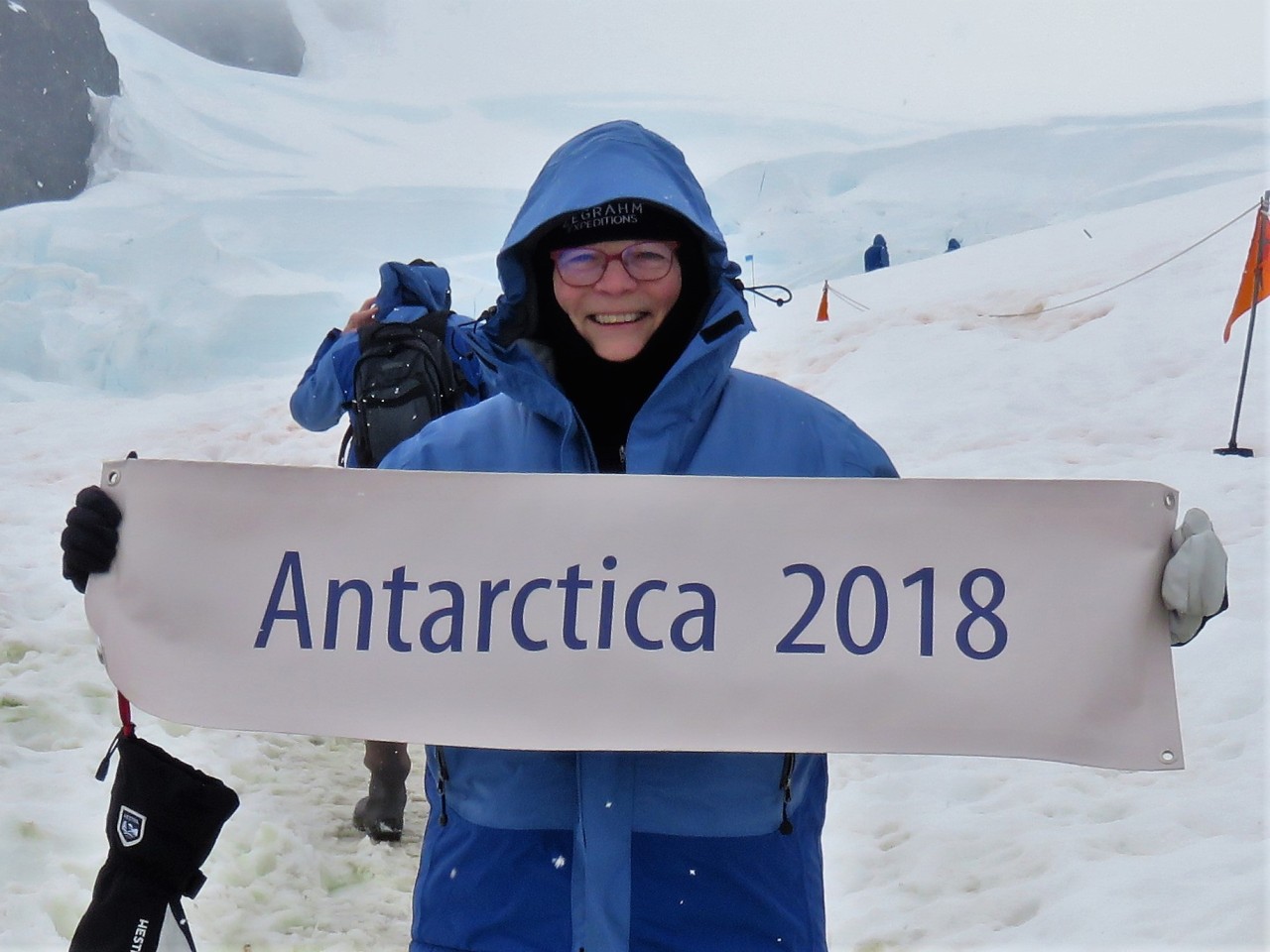 Yes, I was there!

The hike was to the top of a large outcrop of volcanic rock. As usual, a path had been created by the crew BUT snow is snow is snow. And the path was wet and cold. Note the full get-up–mittens, over gloves, neck gaiter, wool cap, and parka. It was cold and snowing.

The trail was long and required the use of hands to get to the top.

But Leigh (my friend and travel partner) and I made it. And here is the proof.

It was an amazing place to sit, cool off and contemplate the beauty and severity of Antarctica.

Back on the ship the traditional Polar Plunge was about to take place! This was an activity that did not suit my proclivities but MANY people joined in including one passenger who was in her 80’s. Just call me “wimp”. 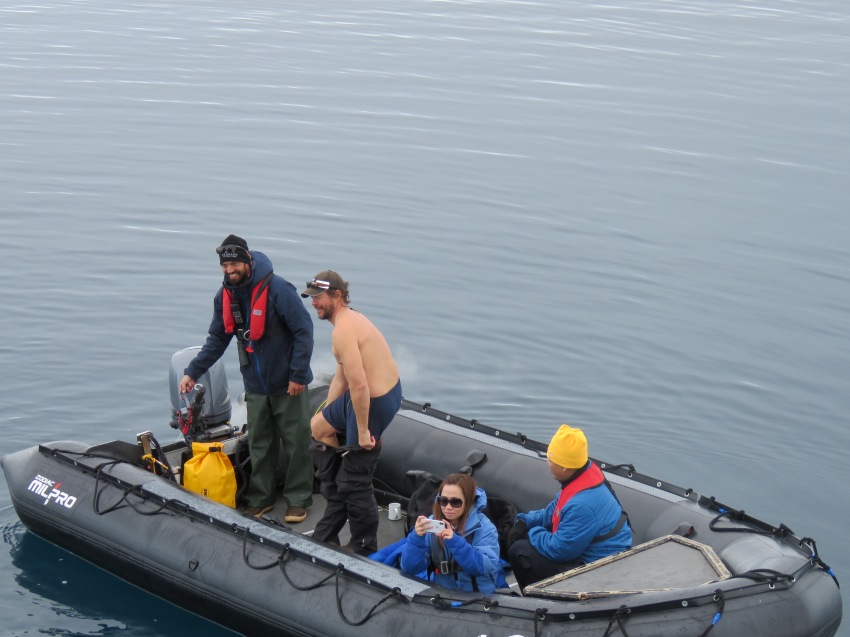 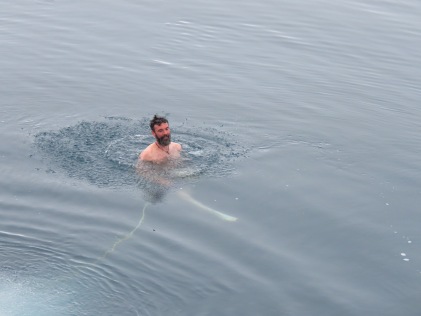 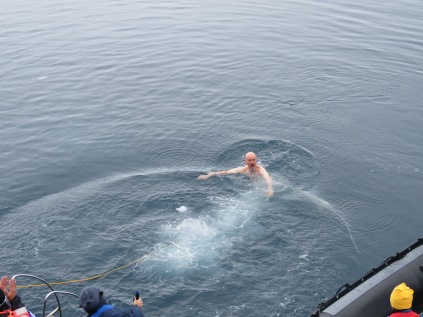 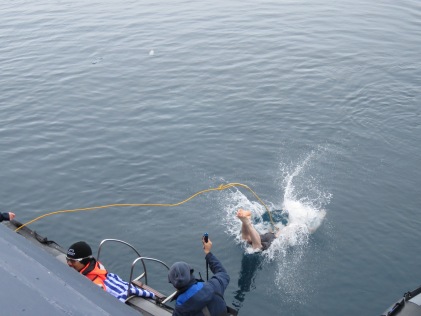 All who participated were tethered to the boat. A crew member had that tether in her hands. The doctor was standing next to her. According to Leigh, who did the dastardly deed, once out of the water you were wrapped in a large, warm towel, taken inside and given a hot beverage. They were taking no chances!

Maybe I wasn’t such a wimp…

The day was topped off with a few personal firsts (besides being in Antarctica at all!)

My first view of an Orca in the wild.

And my first and only picture of a whale tail.

A copy of this picture hangs on my office wall.

It reminds me, every day, that we MUST protect and respect the Continent that Edward Bransfield found 199 years ago, today.