My dogs like to chase tennis balls. It is their main form of entertainment and exercise. We use to walk them down (or up, as the case may be) the road outside our home. The large paw prints that appeared to be caused by bears, BIG cats and/or other wild species (including humans in large vehicles that do not stop quickly) caused us to cease and desist in that activity.

So it is the tennis balls that are king of the yard.

We use to take them out to the back fenced area for this exercise routine.

Please note how clean and white they are and how green the ground cover is. By the way, Gracie has more white and George’s ears are almost black.

There is now a bit of poison oak back there so we have curtailed that activity to the area around the house that is fenced.

And the dogs happily run to those places. They happily applied their reverse engines and create great clouds of dust and leaves and acorns. They joyously dig after the gophers and chase the lizards and chipmunks through the effluvium bringing the human a slober soaked, mud-encrusted ball for which they obediently sit in order to repeat the process.

This exercise program leaves those glorious white, brown and black sable coats in a  state of major disrepair.

They would not permit a photo of their worst but did allow for the above, taken about a year ago.

Their worst was this year. This month. And it lasted until today. Even their groomer said that they were “filthy” and that the wash water was mostly mud….

But today they come home soft as bunnies and white as snow. 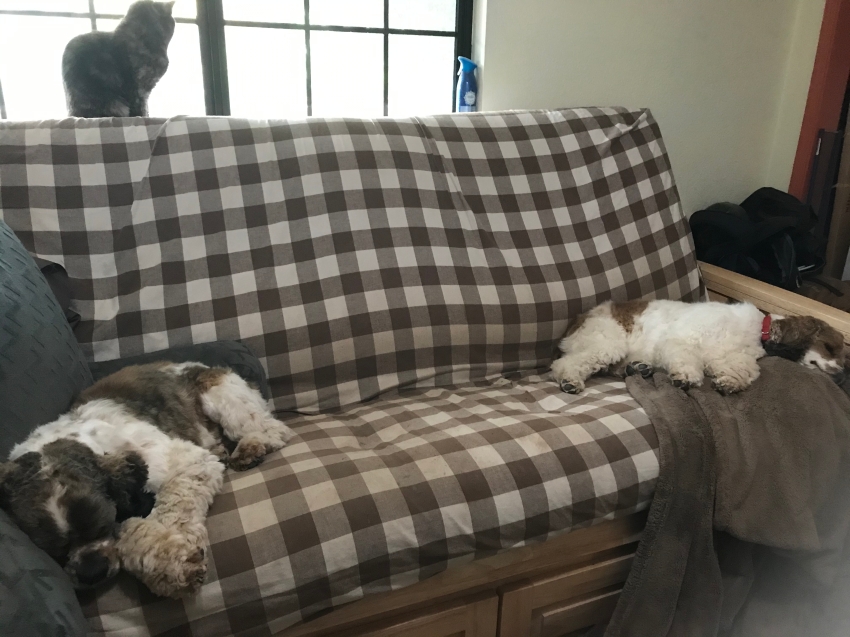 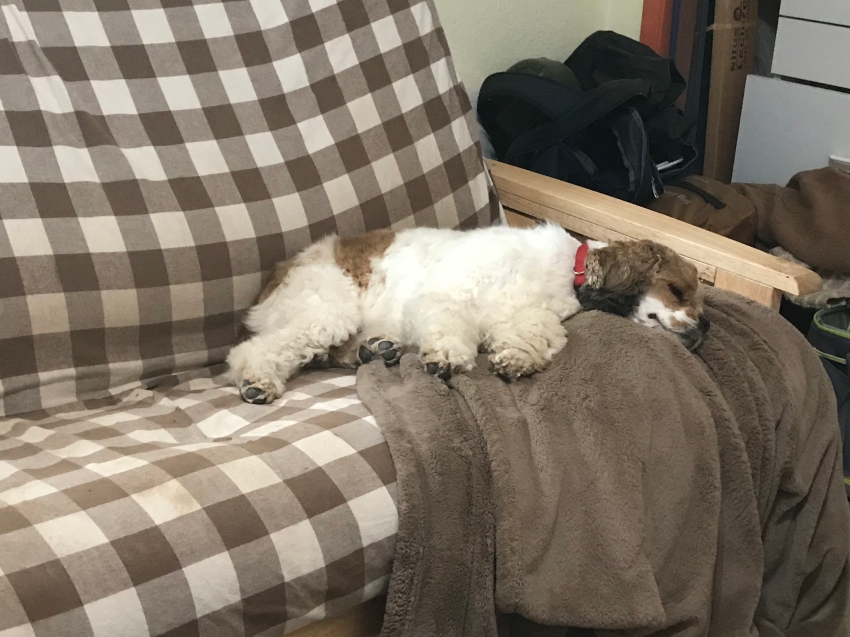 George on the left, Gracie on the right. They were disinclined to participate in portrait photography.

For those that needed their George and Gracie fix,,,,, they’re asleep.