George and his tennis ball

George is the Beta dog. Always has been. Gracie is not just Alpha, she is THE queen.

Gracie in her glory. Lizard hunting.

They began life together and that has always been the order of things. 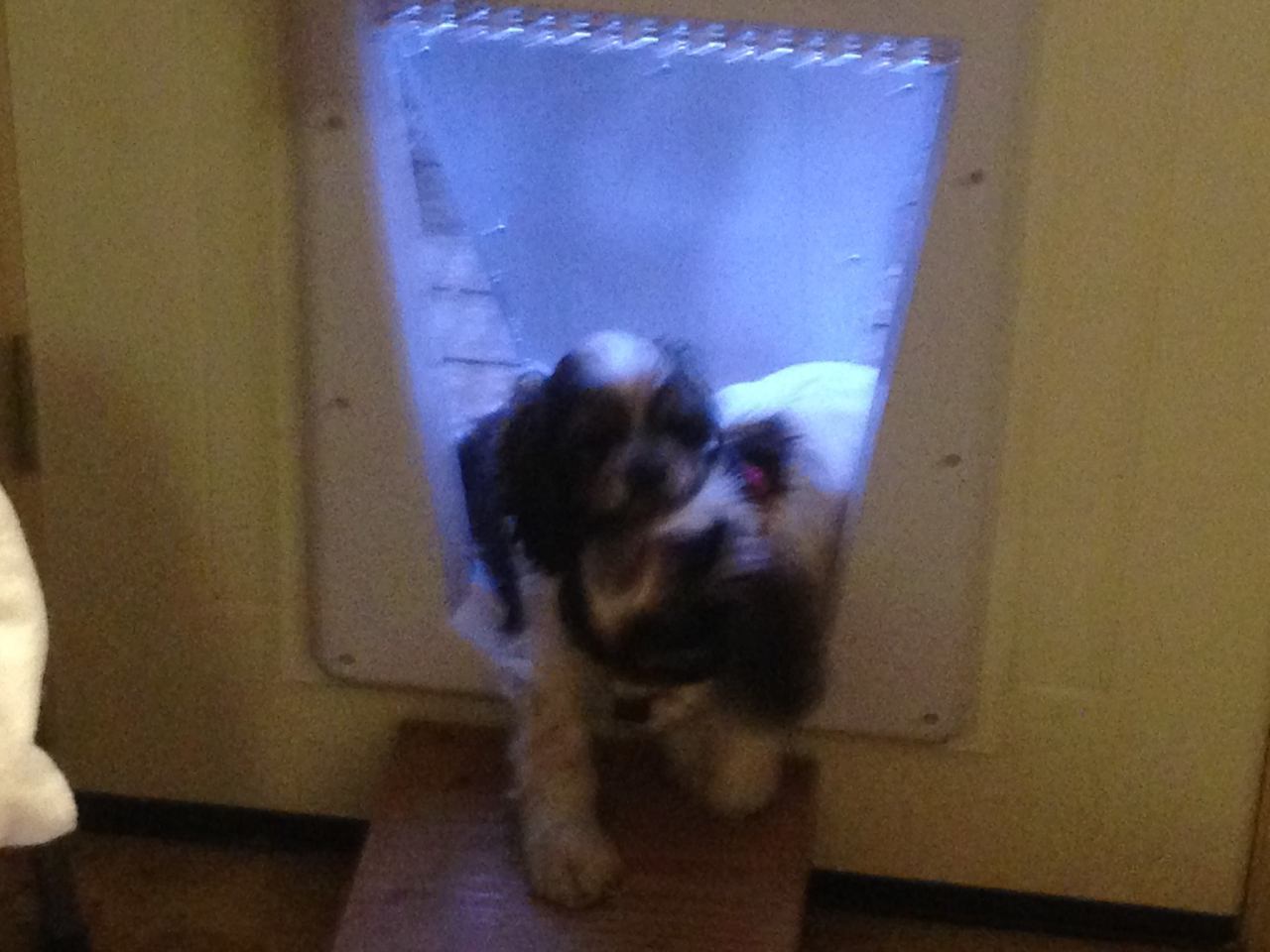 George holding the door for Gracie

In fact, that is George holding the dog door open for Gracie. He figured out the loud door quickly but Gracie was scared of it. So George would come barrelling in, we would tell him to go get his sister, and he WOULD! He go out the door, turn around on the step so his back held the door open and Gracie would come in underneath him (sorta).

About 6-8 weeks ago, George found out he could growl. And he thought he would try that out on Gracie. No teeth were bared but there was a large kerfuffle that caused significant concern and some time out.

Then he tried it again only this time while I was preparing their food dishes. They eat in separate rooms. I am not a total idiot!!!

It happened a couple more times and I could not identify a trigger or triggers. It had gotten to the point that Gracie would just walk away. She knew he didn’t mean it. He was just acting out in her view.

So for the first time, I took him to the vet without Gracie. George was NOT happy. He was whinny and shaking. Just nervous.

For the first time, he didn’t jump all over everyone and he didn’t greet the vet with his usual verve. Bless our vet. He pulled out a dog treat, broke it into Cocker sized pieces, sat down on the floor and began to converse with George.

It took George a couple of pieces to figure out that this guy was alright. (Dr. Murphy was not their regular vet but he had seen them before so I felt confident)

Nothing was physically wrong with George. It was NOT Cocker rage. It didn’t appear to be anything neurological. But George was tense.

As I have said before, George and Gracie are my ninth and tenth Cocker Spaniels. The training they have had has been excellent. I have never had a dog that became the slightest bit aggressive.  The only difference is that these two are siblings, litter mates.

After going over EVERYTHING we could think of, (training, socializing, events at home, triggers etc.) the vet prescribed a very light sedative and referred us to a behaviorist. He thought George just needed to calm down for a day or two and “reset”.

And that is just what has happened. I have become more aware of his needs versus THEIR needs. Even the Queen is giving him a bit more room.

But they are back playing and running and having a good time.

It appears that George is suffering from the terrible twos.